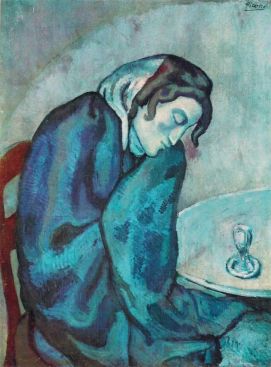 While robins woke to fading stars,

Still half in dream and nightly tomb,

While prostitutes and presidents,

And madmen claimed it all made sense,

But nightly danced in drunken fear,

While others stared in innocence,

But couldn’t help a sudden tear,

Rising from their aching hearts,

For those they lost they once held dear,

A message came from foreign parts,

Of something strange passed through the air;

As if a fusillade of poisoned darts,

That pierced the old and young, the sad and fair,

In silence, swift, and thus, unseen,

His strength renewed and body lean,

To reclaim his old authority,

And sit the chair where God had been,

First one succumbed and then the many,

From east to west, in town, in city,

The working poor lost every penny,

And sat alone, apart, in wonder,

For them escape there was not any,

As the world around them broke asunder,

For existence cares not what your name,

Or what day they put you under,

And while many played the ancient game,

Of searching entrails for some secret reason,

A bleating scapegoat they could blame,

Others knew we’d had our time, our run, our season,

Had squandered all, destroyed the world,

Against Life itself had plotted treason,

So down the great abyss were hurled.