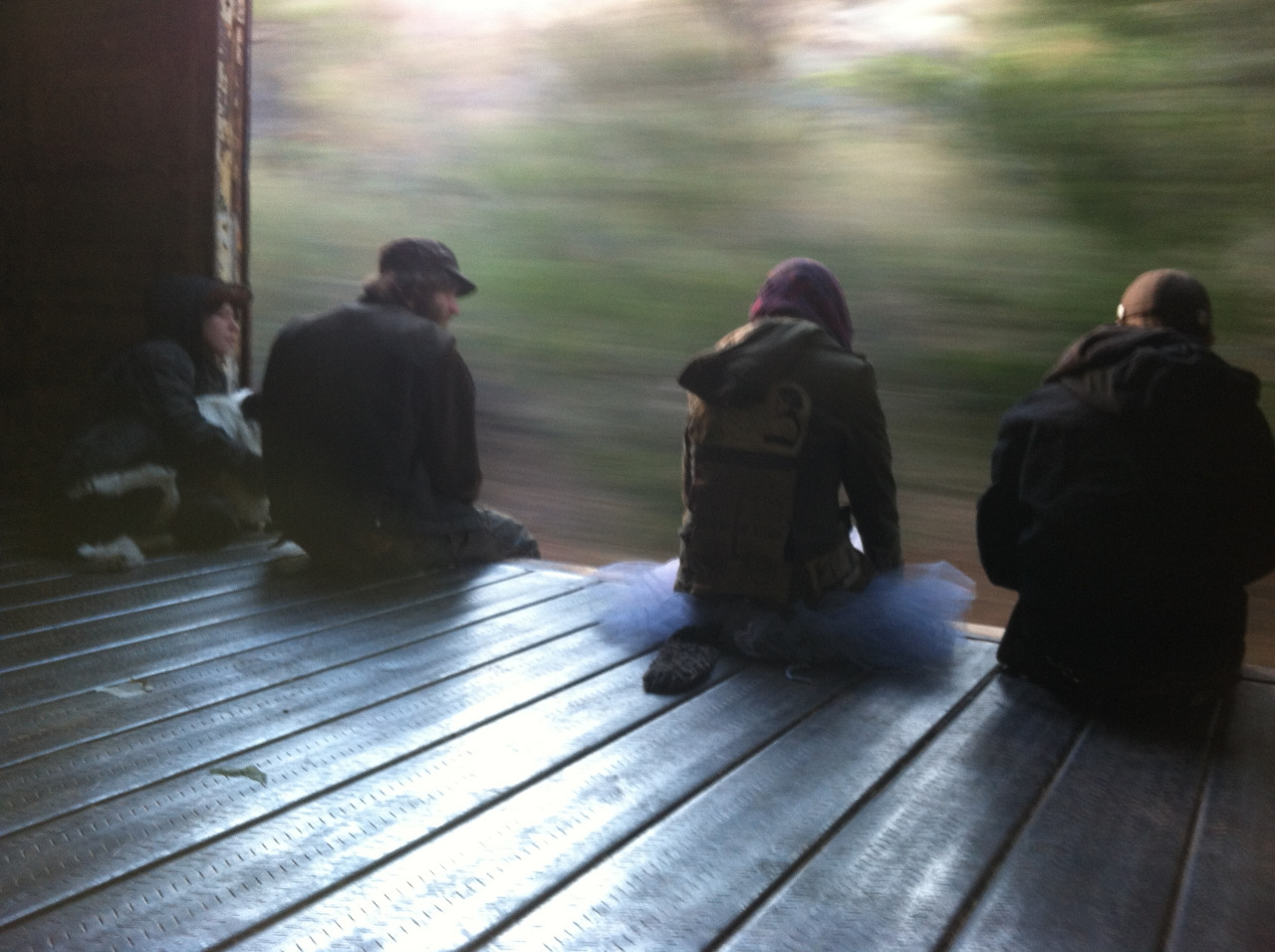 It happened one summer long, long, ago.

I’ll tell you the tale before you must go,

A young man’s adventure, some claim it was mine,

That took place that summer, in the year ‘69.

We rumbled on through the Canadian Shield,

Past forest, past lakes, the occasional field,

Like a cinema show on twin lines of steel,

With music supplied by the rhythmic wheel,

As we sat on our heels or stood by the door,

The old with the young and all of us poor.

At the head of the train the red units strained,

To pull all the cars to which they were chained,

They all of them laughed, while some lit a smoke,

And one from the Sault offered all a short toke,

That got us all talking of life, or a love,

Or how was it that Mary got knocked-up by a dove?

And all sorts of questions you can’t ask in school,

‘Cause questions cause problems and idiots rule.

We slept in our jeans, our shirts and our arms,

Some dreamt of cities, some still of farms,

But all of us dreamt of Vancouver, B.C.

Where we were headed and all meant to be,

For the buzz on the street said things were cool there,

And even the fuzz would treat you real fair.

The trip was the thing, not how we fared,

For wherever home was, was a place to avoid;

Better the rails than a wife real annoyed,

Or boredom, a bank, or a job you can’t find,

Hop a freight once, you’ll find your own kind.

Stars that like sequins seemed stitched to the sky,

‘Til the morning’s new glow outshone them all,

And one boy said ‘morning’ in a down-easter’s drawl,

To which we each answered, this way and that,

Some back to snoring, some up for a chat.

And so the days passed, the train journeyed on,

From the Sault on to Wawa, past White River gone,

On round the lake of Chippewa fame,

The great Gitchigumi, Lightfoot sings of the same;

The wide-open skies directed our way,

“Til on the third day, we hit Thunder Bay.

Most of us hungry, food low in each pack,

We hoped for a shower and time in the sack,

But as the train slowed to crawl through the yards

We knew it was over, we’d played all our cards,

The tracks swarmed with bulls, with cops at their side,

So one jumped, then all, for freedom and pride.

Some made it, some nabbed, with ten days in jail,

So did our short stretch, one day at a time,

Kept ourselves laughing with tall tales of crime,

The guards were okay, at least those in the day,

The night was the problem, with those shadows in play.

They released us real early, and told us to go,

They didn’t care where, or even to know,

So we walked a few miles, trying the thumb,

But every one passed, why pick up a bum,

Yet onward we kept ‘til we spotted a train,

Stopped on some tracks all wet from new rain.

That’s what I reckon, come on, give it some leg”

So lowdown and fast we ran down the line,

Looking for one that seemed to us fine,

Threw our packs in through a wide open door,

Then jumped in ourselves and rolled on the straw.

We lay back, we laughed, we smelled the cold air,

And wondered if, maybe, this life could be fair,

For happy we were out riding the rails,

For trains on the prairie are ships without sails,

And this one would sail before the moon rose,

For we’d picked this one right, this one that we chose,

To carry us rambling through mountain and field,

7 comments on “It Happened One Summer”