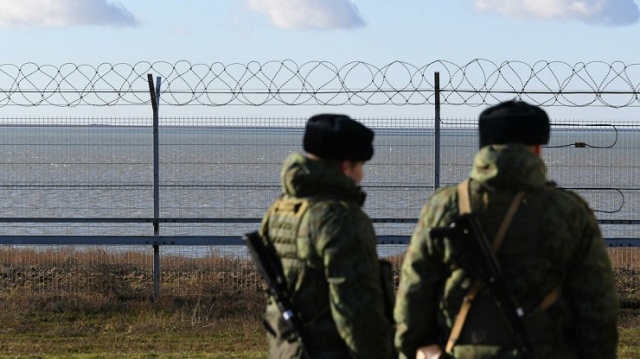 This article was published by New Eastern Outlook on January 20, 2002 and can be found here:

“When whole communities go to war-whole peoples, and especially civilised peoples-the reason always lies in some political situation, and the occasion is always due to some political object. War, therefore is an act of policy…The political object is the goal, war is the means of reaching it, and means can never be considered in isolation from their purpose.”

So wrote Clausewitz many years ago, and so he would write today, for we face a situation in which the United States of America and its satellites in NATO have a single-minded political objective with regards to Russia-its complete submission to American diktats and control, and the break up of Russia into smaller entities the Americans, Germans, and British, can control and exploit.  This is the reason they have advanced their military alliance east, secured rapid resupply routes, placed their weapons systems, logistics bases, advance military headquarters and intelligence units, and special forces along Russia’s western border. This is the reason that NATO keeps the war going in Ukraine, to try to weaken Russia, and to provide themselves with a pretext for a wider war when they decide intimidation, threats, and sanctions have failed their objective.

Russia has the single objective of removing the existential threat presented by these preparations and planning of war against it, of surviving, of freeing itself from the US-NATO threat once and for all, so it can develop and prosper as a free and sovereign nation.

The clear political objective of the Americans begs the question as to the motivations, the morality of their objective, that is, why they are threatening the world with war to establish their hegemony; why they seek hegemony. We can analyse that in terms of imperialism as the highest stage of capitalism, and understand the constant search for greater profits. We can analyse it as well as an expression of a national egoism that is a constant characteristic of the American society and state since its inception as a nation, a characteristic De Tocqueville remarked on in the 1840’s.

The motivations of the satellite nations are the same as any petty thieves and back-stabbers hanging out with any well-armed bully in any gang, though the British leadership dreams of becoming more than a gang lieutenant and looks for opportunities to increase its share of the pie, and the Germans have revived Hitler’s fantasies about destroying Russia while their government and leadership have never forgiven the Red Army for liberating them from the Nazis.

In 1938 The British Prime Minister, Neville Chamberlain, returned to London from a meeting with Adolf Hitler in Berlin, bearing a piece of paper he waved to the newsreel cameras at Downing Street claiming it contained a guarantee of “peace in our time.”  In fact, the Chamberlain had acquiesced in the German invasion of Czechoslovakia, and we now know had agreed to give Hitler a free hand against the Soviet Union, so long as Hitler did not move west.

Today, Russian negotiators have given up the attempt to resolve the threats against Russia through diplomacy to obtain peace in our time. The Russians did the best they could. They presented clear demands and the reasons for them. They guaranteed the peace if the other side would do the same. But, as I think they expected, their offer of peace was rejected out of hand. Worse, the US negotiators talked to the US media with the same contempt and arrogance for Russia they displayed in the negotiations, dismissed Russian fears, and fed the US propaganda media a constant barrage of lies and half truths to rouse hostility towards Russia among the people.  They are motivating the people for war because they do not have the will for peace, only the will for war.

Some argue this is alarmism and things will not go that far. We can hope they are right but history does not support them. The American rejection of Russia’s legitimate and grave security concerns means they are willing to risk war and since economic warfare under the guise of sanctions, attempted colour revolutions, internal meddling, and the continuous approach of NATO boots up to Russia’s border have failed to secure their objective, armed force is their next phase.

The Russian leadership has stated clearly that their redlines have been crossed and that since talks are futile since there is no will to peace among the NATO gang, only a will to war, Russia has to take clear action to remove the threat. From reading the American press it seems they are confused by the Russian actions. They are guessing what the Russians will do next, and even claim, in vain hope, that the Russians do not know what to do. But I think we can be assured that the Russian leadership and general staff had already decided what actions to take before they made their peace proposals. They know what they will do. The Americans can only wonder what form the action will take, and when and where.

The guesses vary from suggesting Russia could establish bases in Cuba and Venezuela to make the US feel what it feels. But this does not remove the existential threat they face in Europe because the Americans state they will have their missile systems in place in Eastern Europe by the end of this year. Russia has a small window in which to act to prevent that, because once those systems are in place an attack can take place at any time.  Russia could support a Syrian action to push the US forces out of Syria which they have invaded and occupied for years and which would further weaken the US in the Middle East, but again that does not quickly remove the threat in Europe.

There has been lots of speculation about various military scenarios, to cause NATO and the USA grief but I have no doubt that whatever is done will surprise NATO. We can only be sure that it will come and it will be very effective. We can also be sure it will have serious consequences for the world.

Yet, though world war threatens us in Europe, threatens us in the east against China and North Korea, the world peace movement is nowhere to be seen by the masses. The peace groups try their best, issues statements, hold a few demonstrations, but our effect on the masses is not what it could be, not from lack of trying, but from lack of interest as most people are worried about daily lives, the pandemic, the even worse catastrophe of abrupt climate change, and know only what the mass media feed them.

The US film, Don’t Look Up, a very effective look at American society as it refuses to pay attention to the disaster heading towards it (the comet as metaphor for climate change) presents the state of mind of most people and the media with respect to the threat of world war racing towards them. The result is the same, a society that is so deluded with its own hubris, that it is taking the very actions that will lead to its destruction, singing and dancing all the way.

All I know is that we, the citizens of the West must stand up for Russia, for China, against western aggression generally, against American imperialism, against the existence of the NATO alliance, whose very existence is a violation of the UN Charter. There are people of peace and goodwill in the world, many. But unless we make our selves heard and can be heard loud enough to effect change, what hope can we have to bridle western aggression that rides a pale horse.

I suggested to some colleagues that we lay war crimes charges against the US and NATO nations for the planning, preparation and conspiracy to commit aggression which is what they are doing, and file them with the International Criminal Court.  But despite clear crimes being committed right in front of the ICC prosecutor, nothing is said or done, so that an institution designed to prevent war, by its silence, encourages war, and so, instead of peace in our time we are threatened again with war; and, as Kurt Vonnegut, who witnessed the American fire bombing of Dresden used to say, ‘and so it goes.’